Find out about new requirements to expect once vaccines become widely available, and when we might hope to travel overseas again. 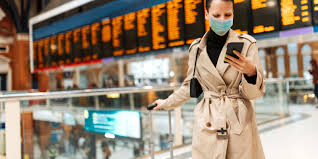 Last week I wrote to you about what airfare will look like once the pent up demand for travel begins to release, and how to frontrun the upcoming surge.

Today I want to help shine light on what new requirements to expect once vaccines become widely available, and when we might hope to travel overseas again, to such places like India. Be sure to check out Romancing the Planet to learn more about traveling to India.

As vaccines become broadly available and travel demand picks up, travel restrictions will begin to fall. But with so few restrictions on domestic travel today—at the height of the pandemic—it’s unlikely that new requirements will be implemented as the pandemic begins to recede. (Sidenote: I would expect airplane mask requirements to persist at least through the end of 2021.)

Proof of vaccination likely will be required for international travel A few dozen countries permit American travelers today, but of course most countries are temporarily closed.

Once vaccines start becoming widely available, countries that are currently inaccessible—including tourist favorites like Japan and New Zealand and much of Europe—will begin opening up, but likely only for vaccinated travelers.

As countries require proof of vaccination, frontline enforcement will likely be shouldered by airlines, much as they do with passports. Think back to the last time you flew internationally. A passport is required at your destination, but it’s the airline who does the first check before you board because they have to fly you home if you don’t have a passport and aren’t allowed in.

So too will it likely be with proof of vaccination.

Proof of vaccination in order to enter a country is colloquially known as a vaccine passport.

There are two possibilities for what this could look like: analog or digital. When you get a COVID-19 vaccine today, you’re given a little white card. You may have to show this to border officials, much like certain countries require you to show a “yellow card” to prove you’ve been vaccinated against yellow fever and other diseases.

The more likely prospect is an app. The process would be simple—you upload your proof of vaccination to the app, which generates a QR code that gets you through immigration. A number of free apps are under development by international organizations, with a Swiss nonprofit called CommonPass seemingly the furthest along.

Vaccine passports will be one more item on traveler’s pre-trip checklist, but for tens of millions of people who’ve been stuck at home during these godforsaken times, it’s a small price to pay. 📅 When will international travel resume?

International travel will likely resume, in Hemingway’s maxim, “gradually and then suddenly.” As vaccines roll out and a few countries begin re-opening, expect a cascade effect.

I would be surprised if places like Europe, Japan, and elsewhere currently closed to Americans weren’t open again by this summer. Spain, for instance, just announced their intention to open by April.

There are variables that could push that date back—a hampered vaccine rollout, the path of more transmissible strains like the UK variant. But there are also factors that could improve the timetable—accelerated vaccine rollout, more vaccine candidates getting approved like the one-shot Johnson & Johnson vaccine, warmer weather allowing more outdoors activities where risk is lower.

One final note: Opening up international travel isn’t an afterthought for government leaders. By some estimates, tourism accounts for 1 in 10 jobs worldwide. That humble bed-and-breakfast in Hamburg and that mom-and-pop tour agency in Lagos are eager to welcome tourists again as soon as it’s safe because their livelihoods depend on it. And with millions of people getting vaccinated around the world every day, there’s reason for optimism.

What do you think? Let us know on twitter.