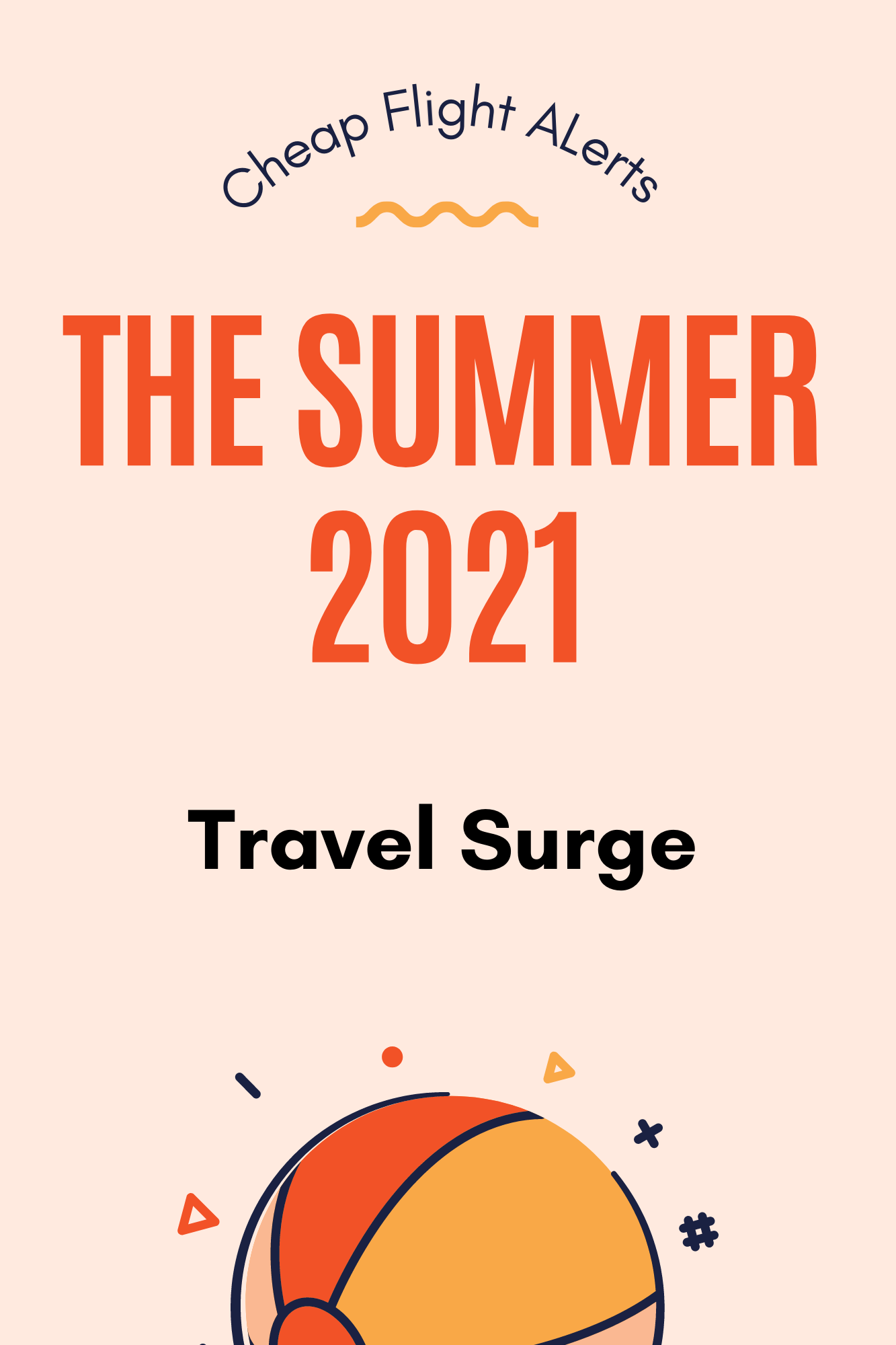 The pent up demand for travel is enormous.

I can’t tell you how many times I’ve heard from CFA Members, “as soon as the pandemic ends the first thing I’m going to do is take a vacation.”

Now, with widespread vaccinations on the horizon and millions of people eager to make up for lost time, summer 2021 could be the biggest travel season in decades.

Here’s what you can do now to make sure you don’t get caught overpaying for flights.

There will be a surge in demand, but... Once vaccines are widely available, travel numbers will begin to spike. And higher demand will lead to higher fares, right?

That increased demand will be met with increased supply. Right now there are thousands of planes parked in the desert. They’ve been sitting there since the pandemic began, waiting for travel demand to return. There’s also hundreds of 737 MAX planes that airlines just started bringing back into operation last month.

And while travel demand will surge from where it is today, not everyone will initially be comfortable traveling. Think less of a V-shape in travel numbers and more of a Nike swoosh.

As I wrote last month, you can’t buy average fares, you can only buy available fares.

That’s what Cheap Flight Alerts is here for—to make sure you never miss a cheap flight out of your home airport.

Don’t wait until it’s too late to book

If you wait until May, the likelihood of still finding cheap summer flights is not good.

Instead, just like getting the best deals on swimsuits in the winter and coats in the summer, around now is the best time to be thinking about summer flights.

For example, in the past few weeks, we’ve found roundtrip summer flights to Yellowstone for $178, Barcelona for $485, Norway for $511, and Morocco for $309. I can guarantee you summer fares like those will not be popping up in late spring.

It’s true that, today, most people (a) can’t visit Europe and (b) have yet to get vaccinated. But if you wait to book flights until both are no longer true, it’ll likely be too late to get a cheap flight for the summer because millions of other people will also be looking for cheap flights then.

Plus, right now you’ve got flexibility.

This time last year, you would be penalized a minimum of $200 if you wanted to change your flight dates, plus any fare difference.

Now, most airlines have waived change fees—permanently for main economy tickets and temporarily on basic economy tickets as long as you book flights by the end of March. (You can travel anytime.) If there’s a fare difference you’ll still be responsible, but if the new fare is cheaper most airlines will give you a credit.

Given this flexibility, and knowing that summer fares are likely to increase in the coming months, the savvy approach if you're hoping to travel post-vaccine is to book next time there's a great deal from you home airport. YOu'll lock in a cheap fare, and if you're not able to get vaccinated in time or border restrictions are you still in pale, you can push your travel dates back without any penalty.